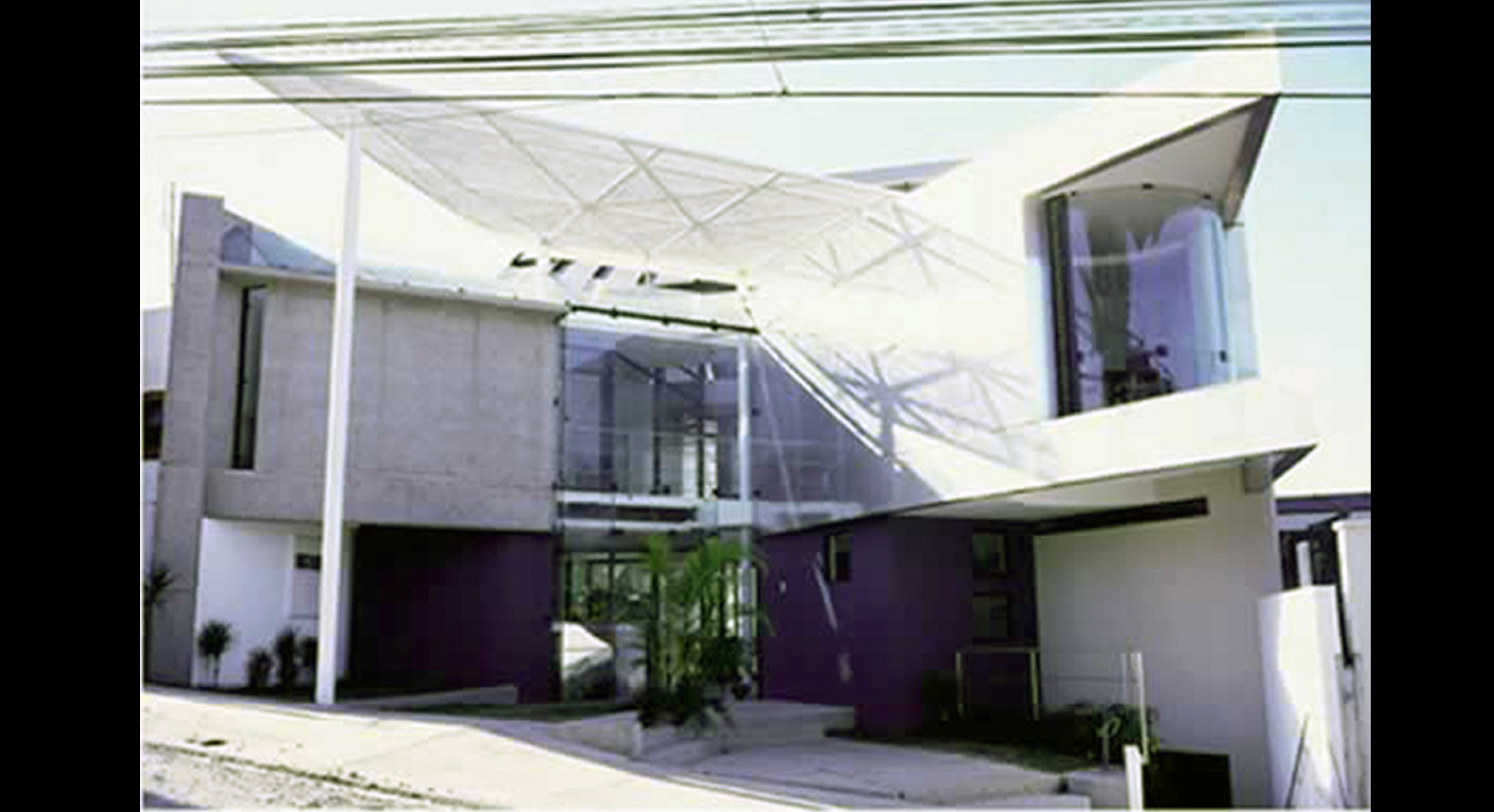 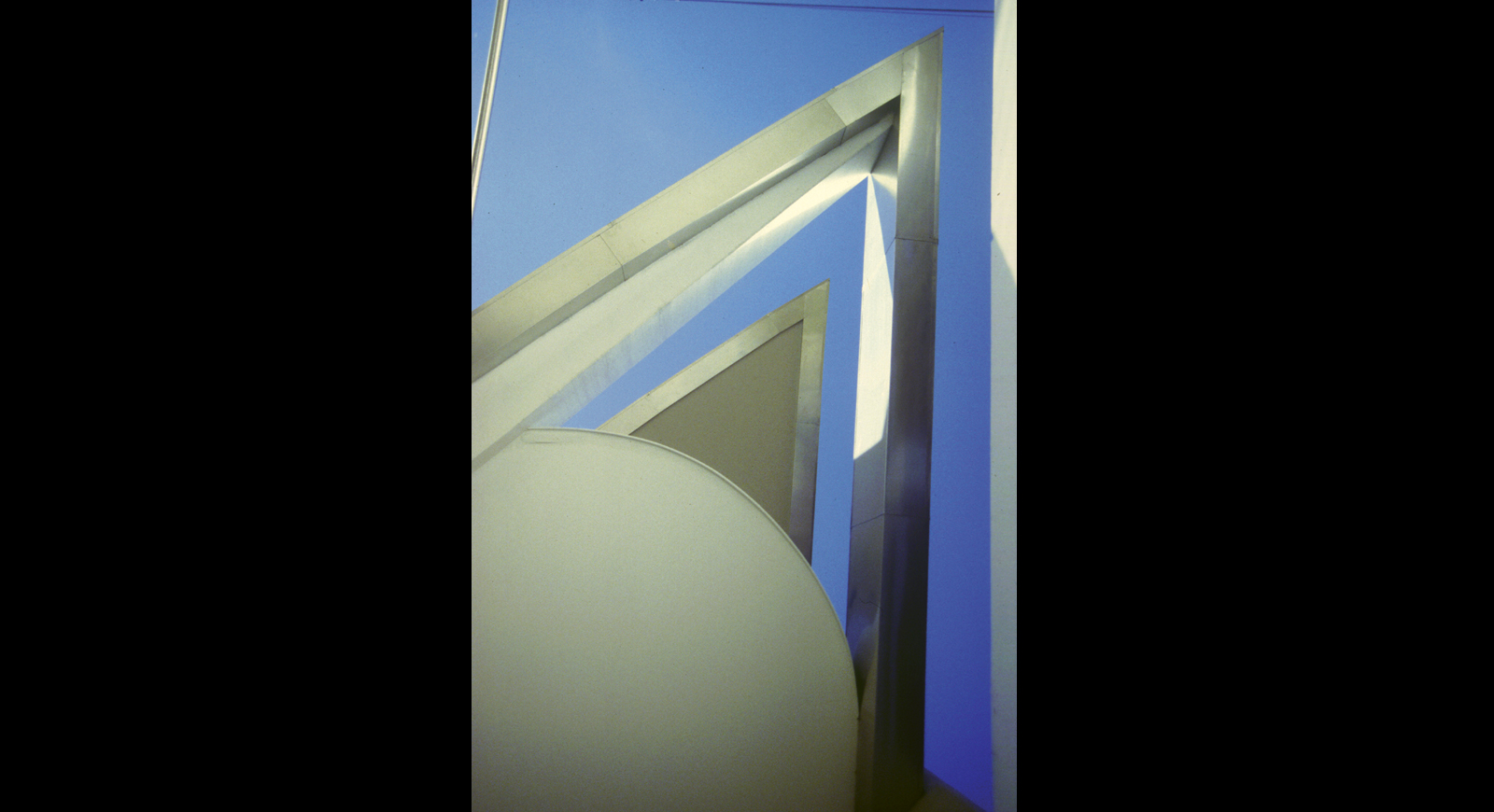 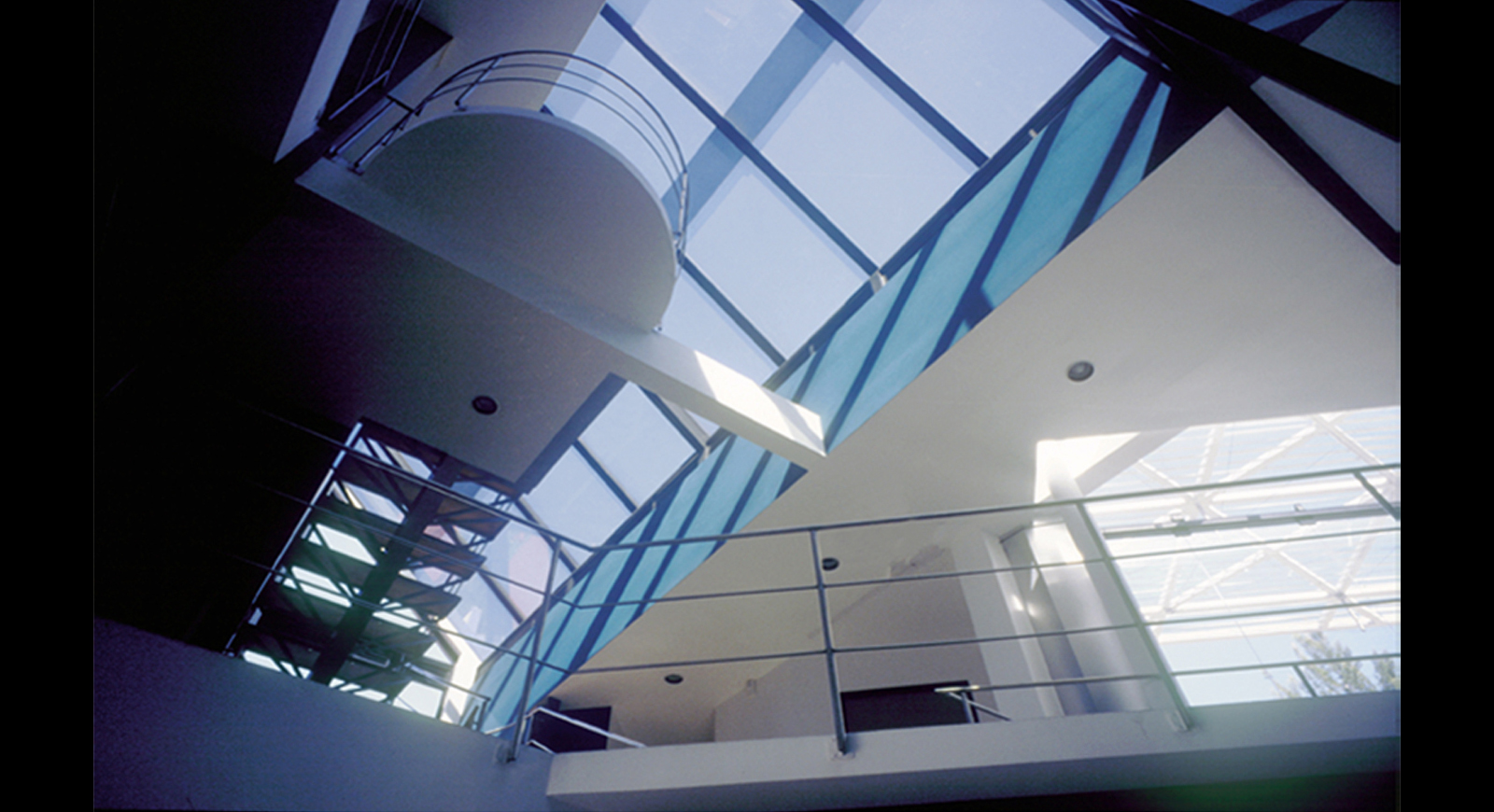 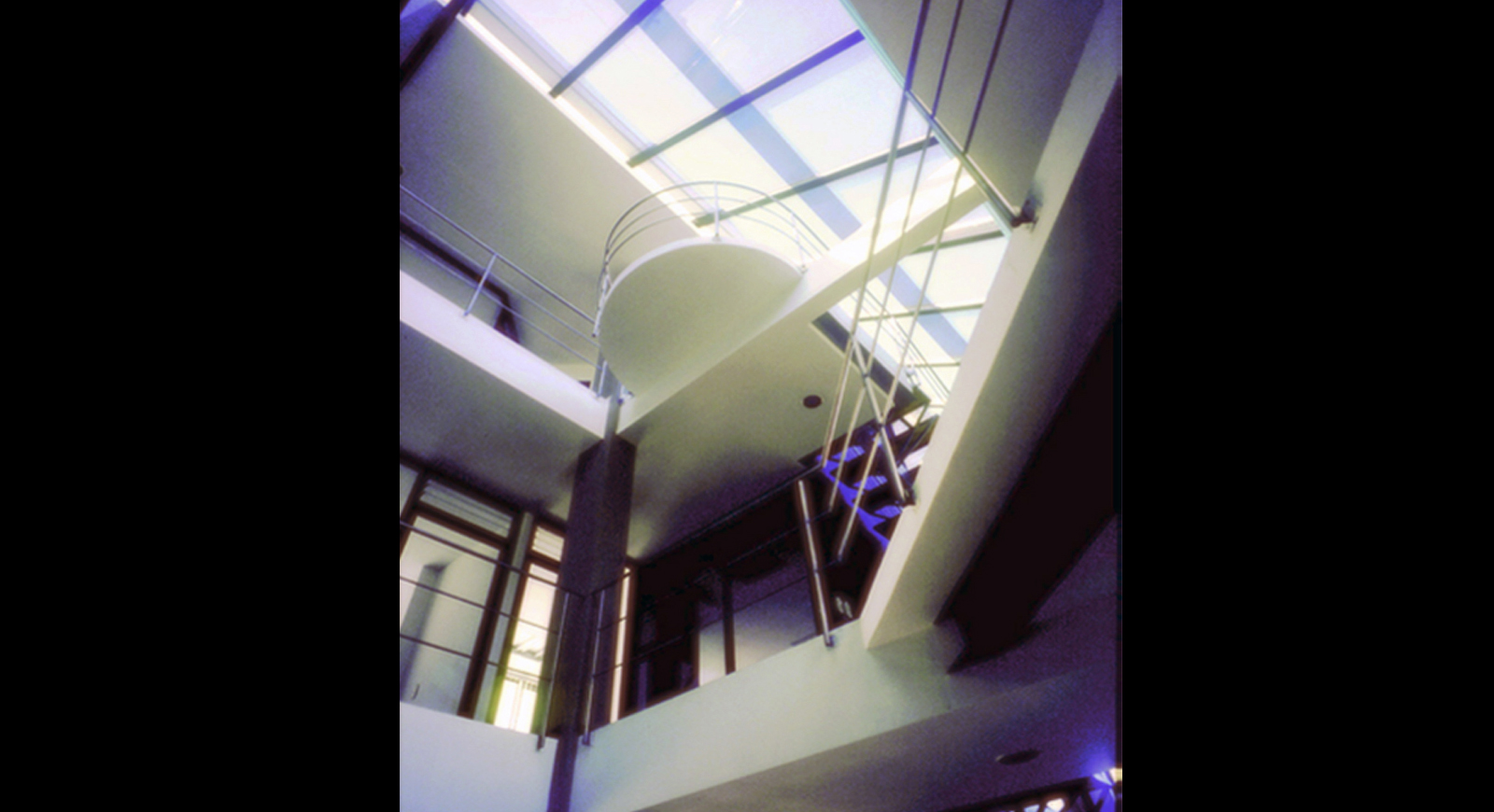 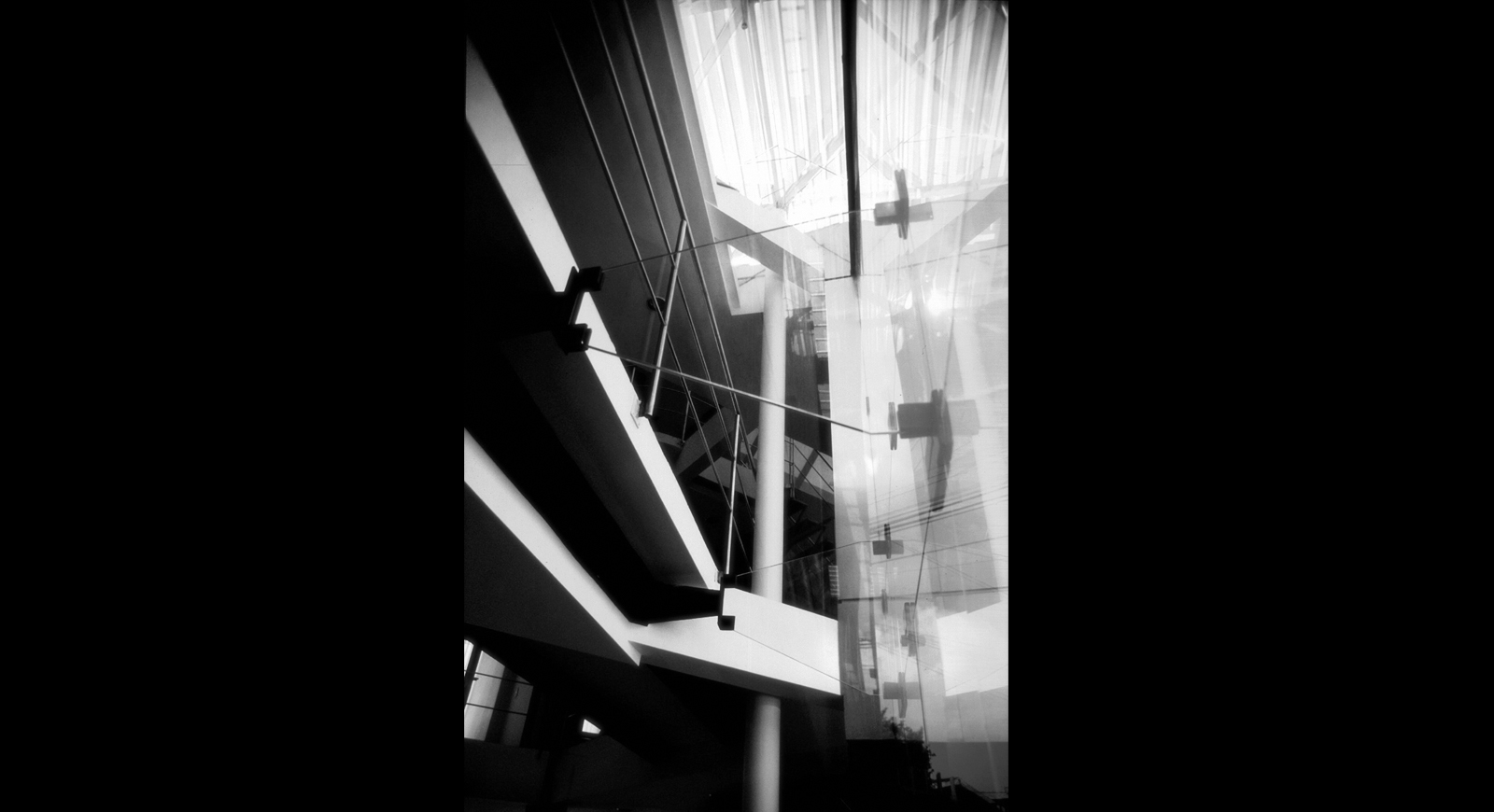 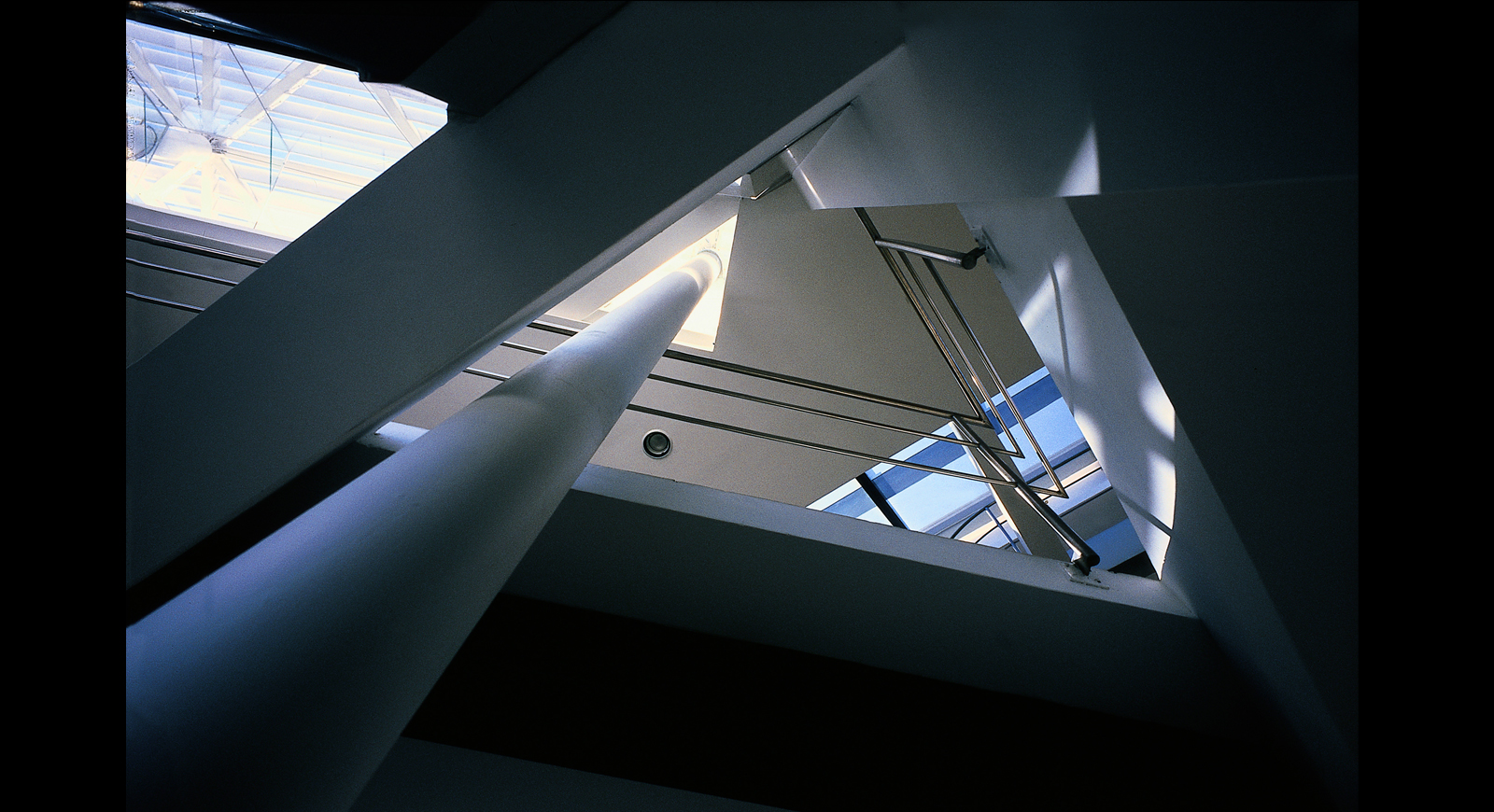 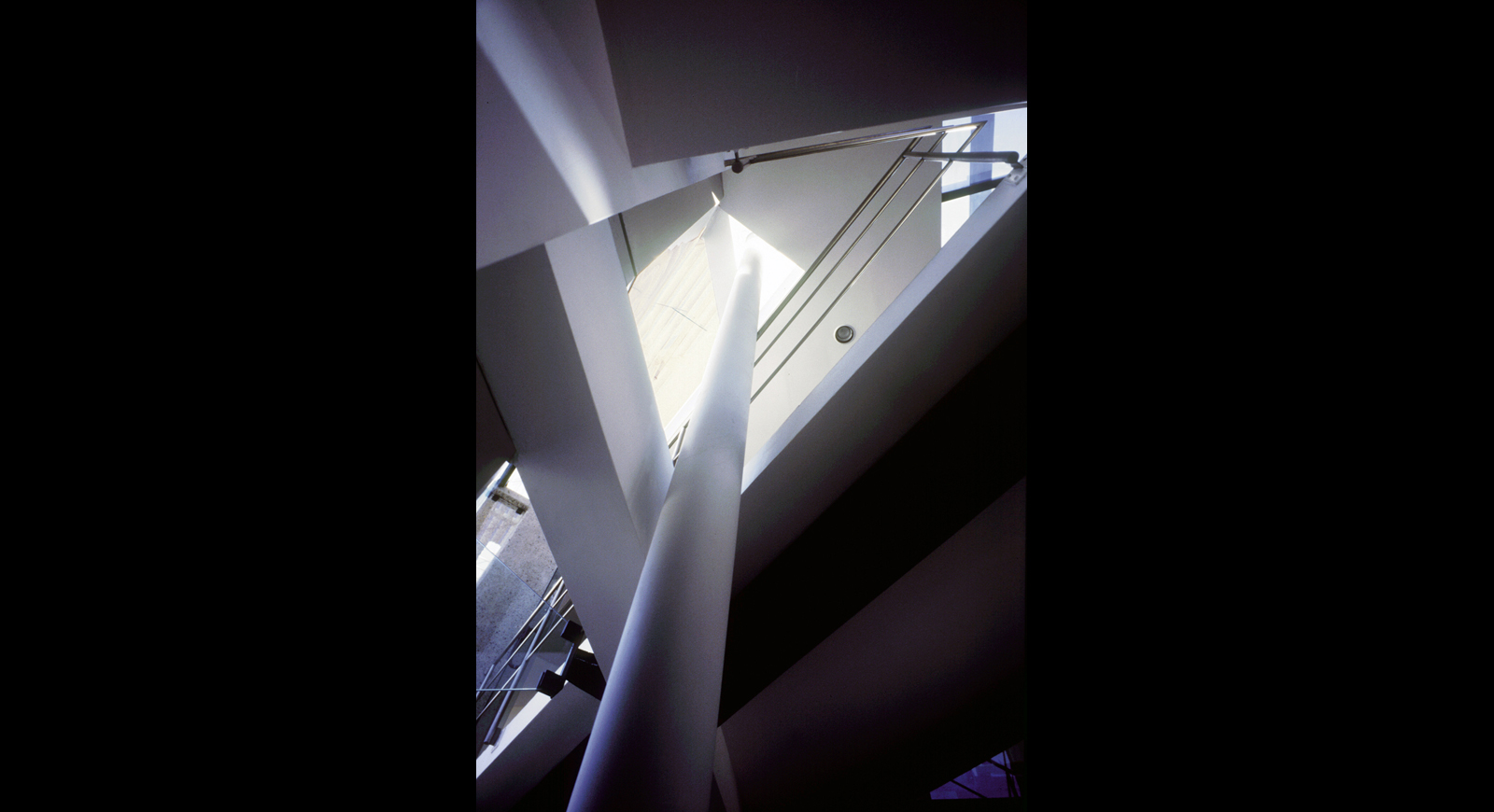 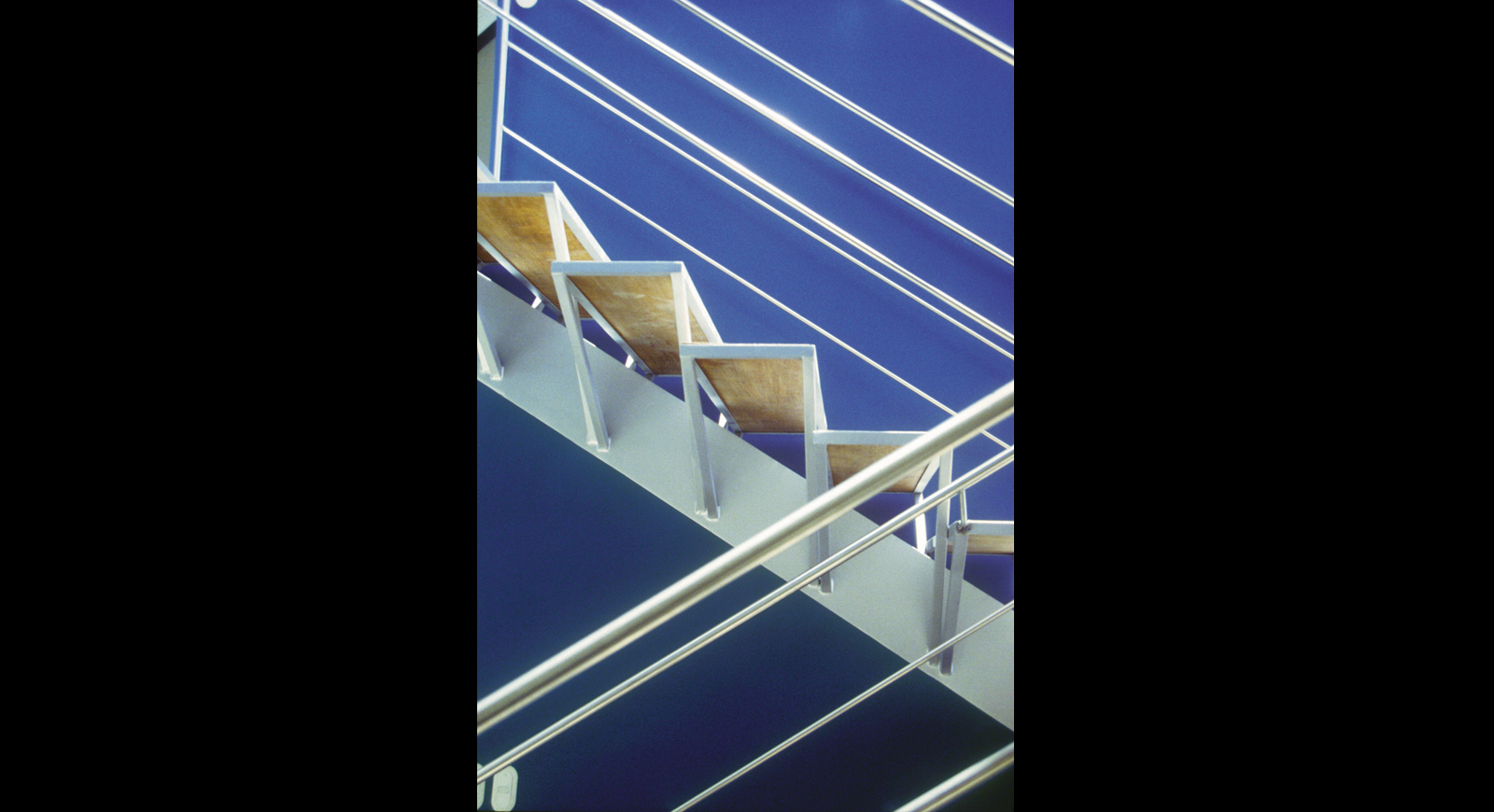 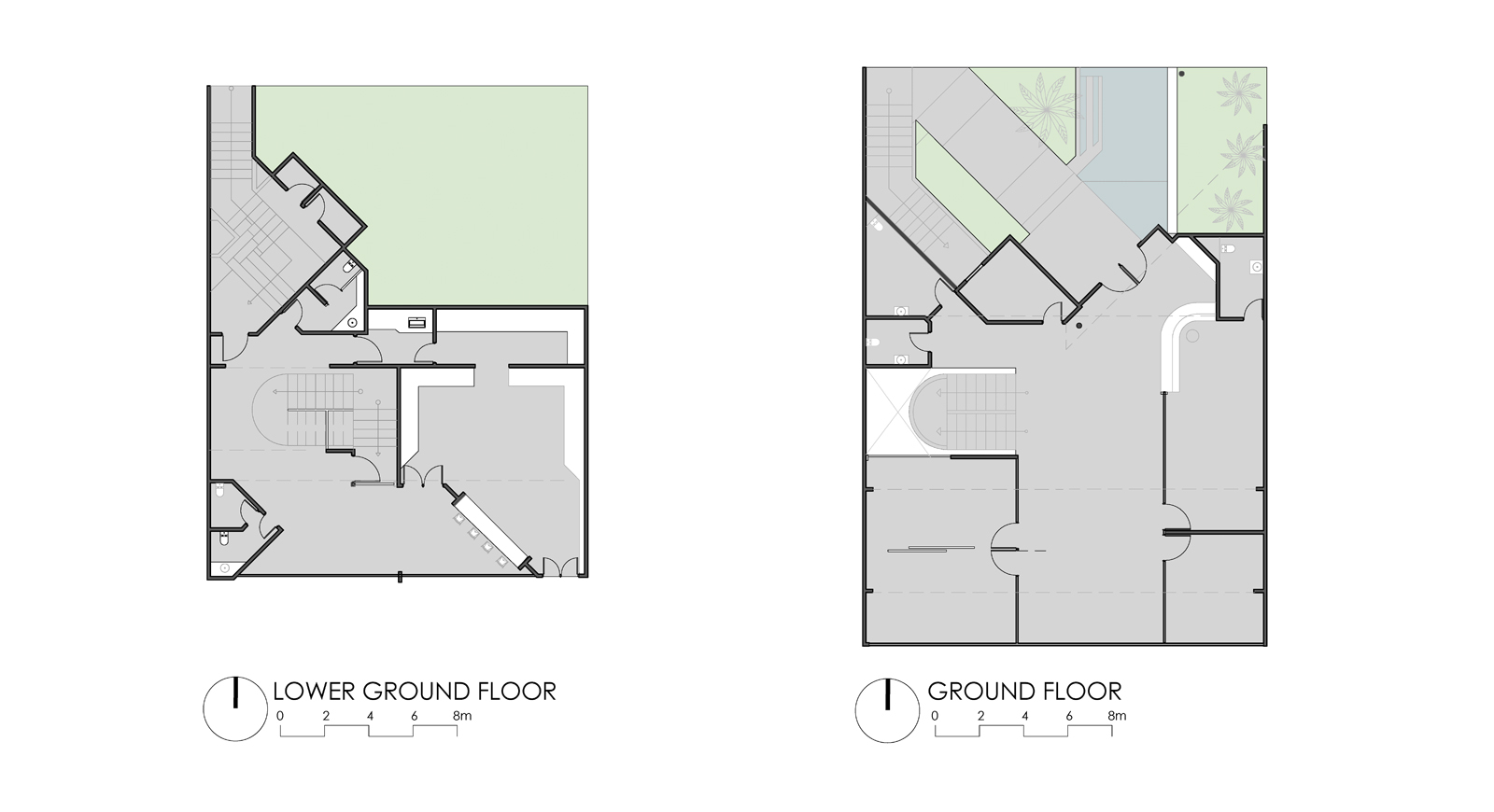 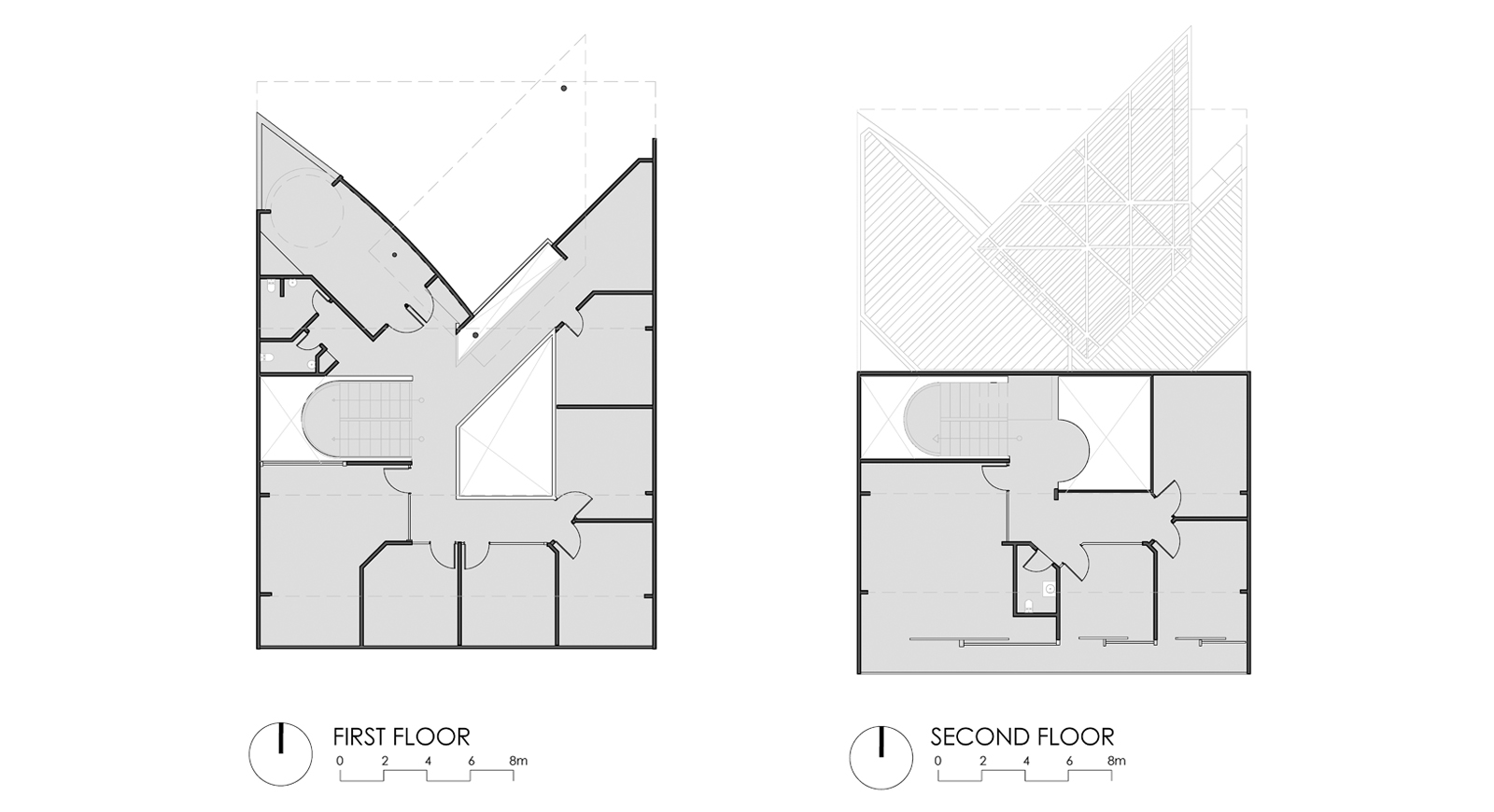 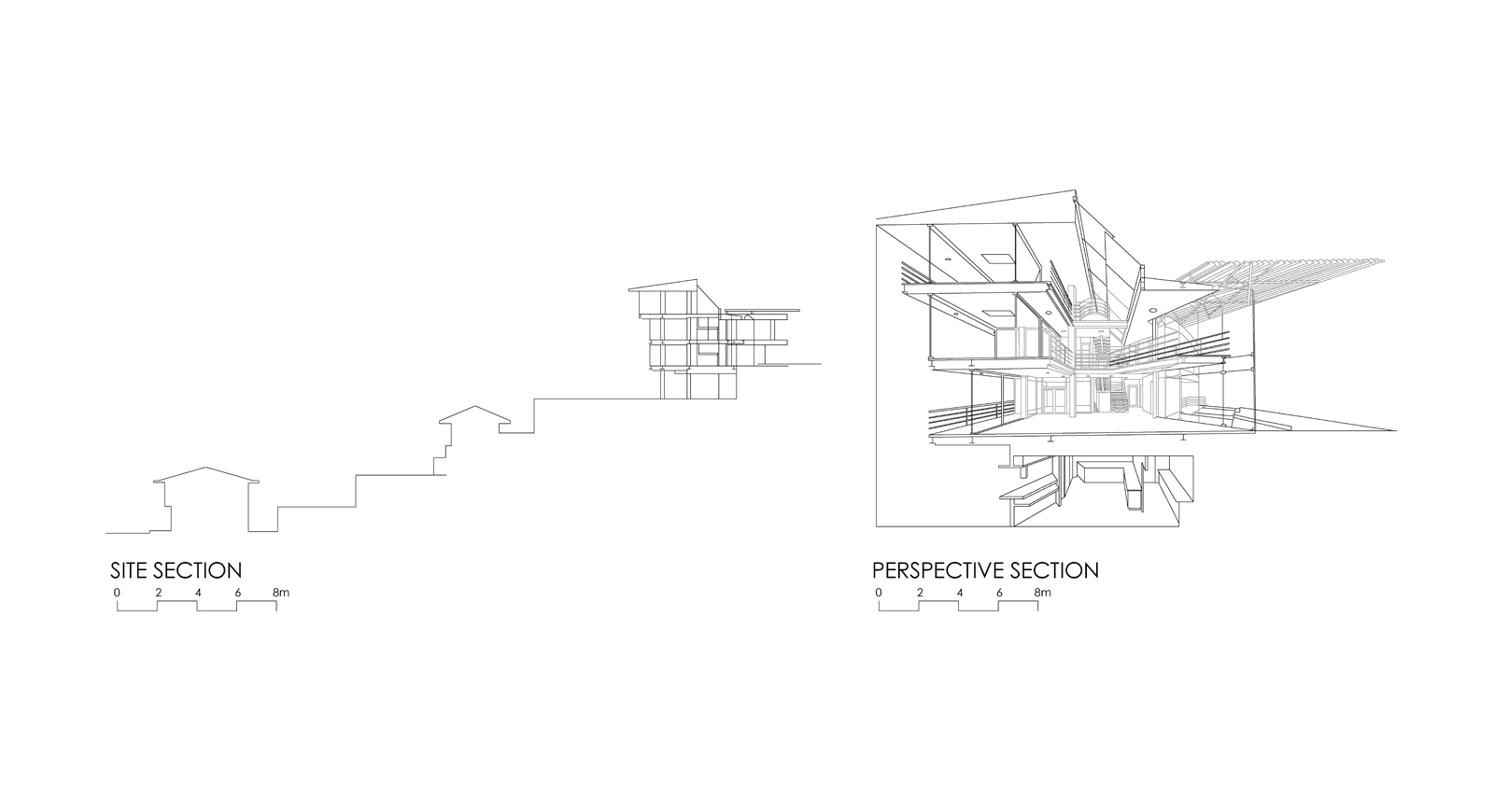 Located in a residential area to the east of the city of San José, the building of the Instituto Latinoamericano de Idiomas (Latin American Institute of Languages) occupies the upper part of a terrain extends through the street block, from street to street, on a very steep gradient. The rest of the lot is occupied by existing constructions , which also belong to the school for teaching spanish as a second language.

The building is conceived as the entry door to the building complex.  One condition for the design was that the building needed to have a strong presence, to be easily recognizable by students, the majority of who get there by foot. To achieve this, we designed a concave and receptive exterior that points to the direction of highest pedestrian activity and which is   roofed with a metallic pergola that forms a double-height exterior atrium that emphasizes the access while maintaining a scale that is appropriate to the context.

The mass of biggest volume is set on the rear part of the project so as not to interfere with the scale of the street,  but also to offer the views of the mountains on the south.

The main activities that take place in the building are administration, student services and teaching. Because of the teaching methods employed in the school, the rooms had to be small, accommodating a maximum of three students. This resulted in a number of very small-scale spaces. To counter this fractioning of the space, the interior area was designed to be dynamic and transparent. The extended use of glass, curved shapes and diagonal axes, as well as double and triple heights, creates a vertical and horizontal fluidity that produces a sensation of amplitude that contrasts with the reduced dimensions of the classrooms.