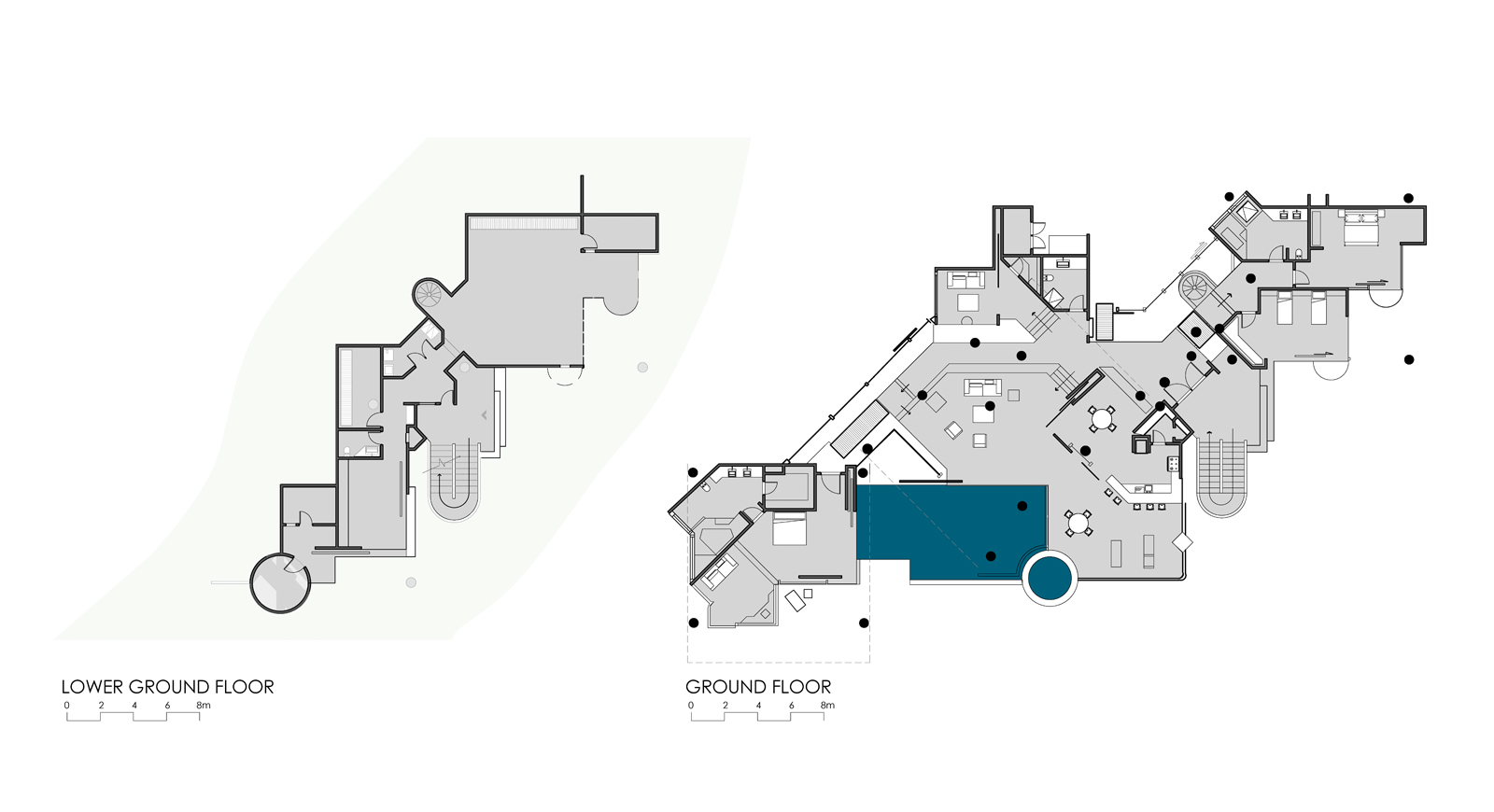 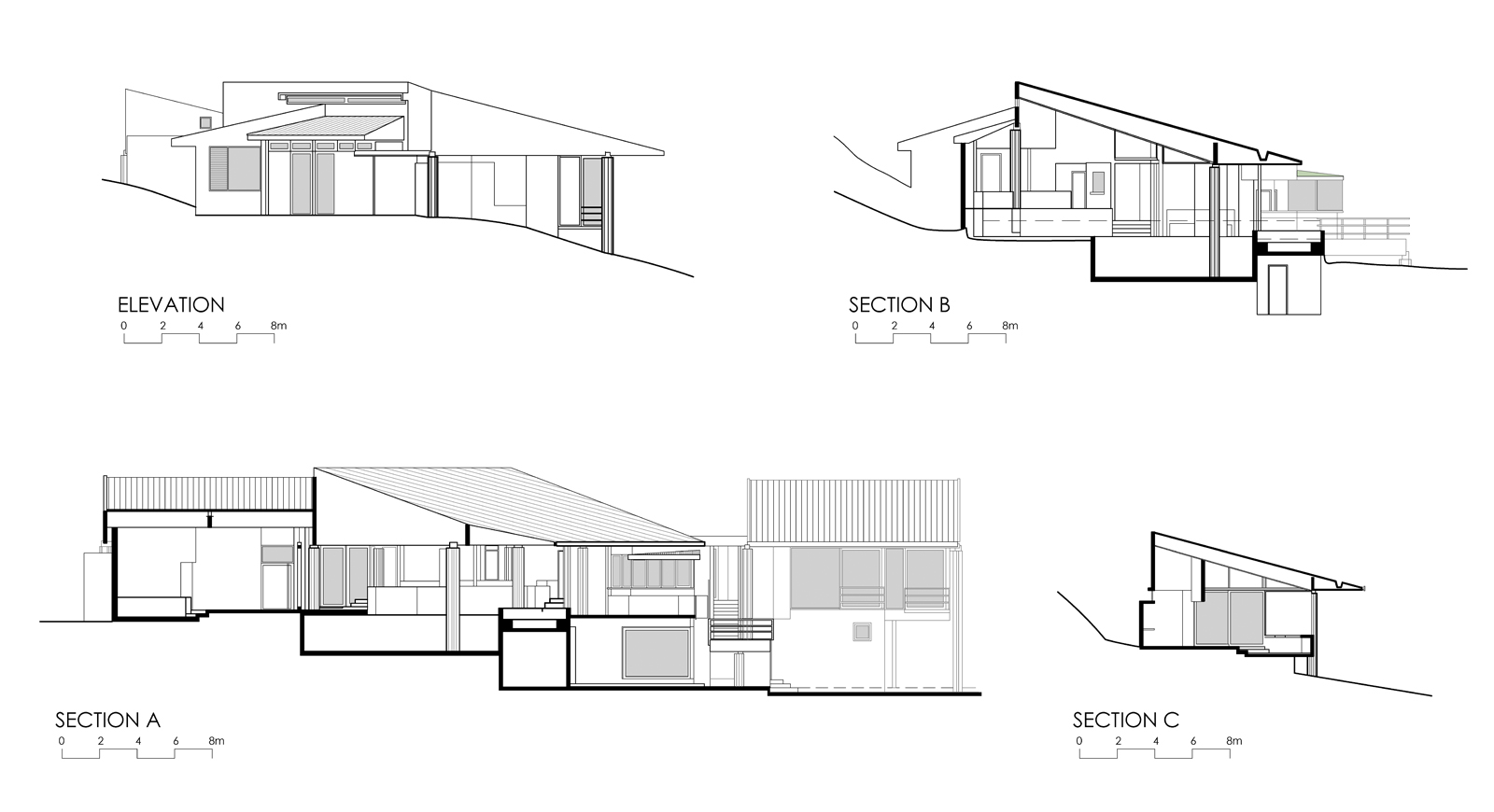 The Wagner House is a vacation house which could eventually become a retirement home for an American couple.

It is situated on a hill with views to Ocotal Beach and the Papagayo Gulf on the northern Pacific coast of Costa Rica.

The house is designed as three volumes. The central one for social activity, next to it the master suite, and on the far side of it, for privacy,  two guest bedrooms.

Outside living was important, so the social area was conceived as a series of flowing spaces where inside and outside are completely integrated. The swimming pool, being the most important feature of the house, is literally on the edge of the living area and the master bedroom, separated from them only by sliding glass doors. When this doors are opened, the pool becomes part of the inside of the house. Part of the swimming pool and the terrace lounging areas are roofed, reinforcing the ambiguous relation between inside and outside and providing shelter in these areas regardless of the weather. The kitchen also participates of this ambiguousness, as it opens up completely to the terrace becoming an outdoor kitchen   and breakfast counter.

Other areas of the house also have this inside -outside relation. The entry hall has an inside garden which is integrated to the outside by floor to ceiling glazing, and the rear of the living room has double height   glazing which brings the natural rock  inside the house, specially at night when it’s artificially lit up and the ocean view becomes dark and disappears.