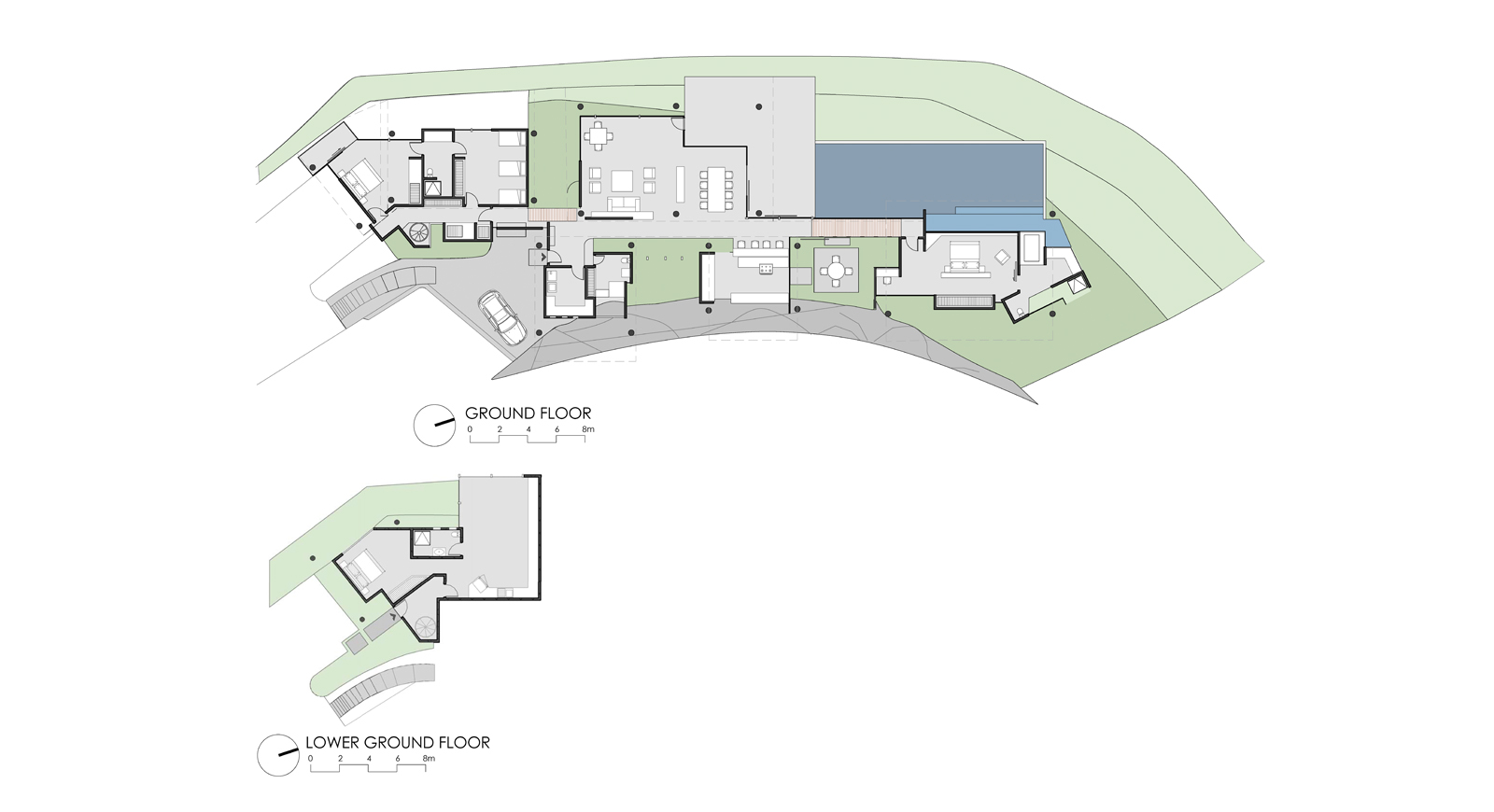 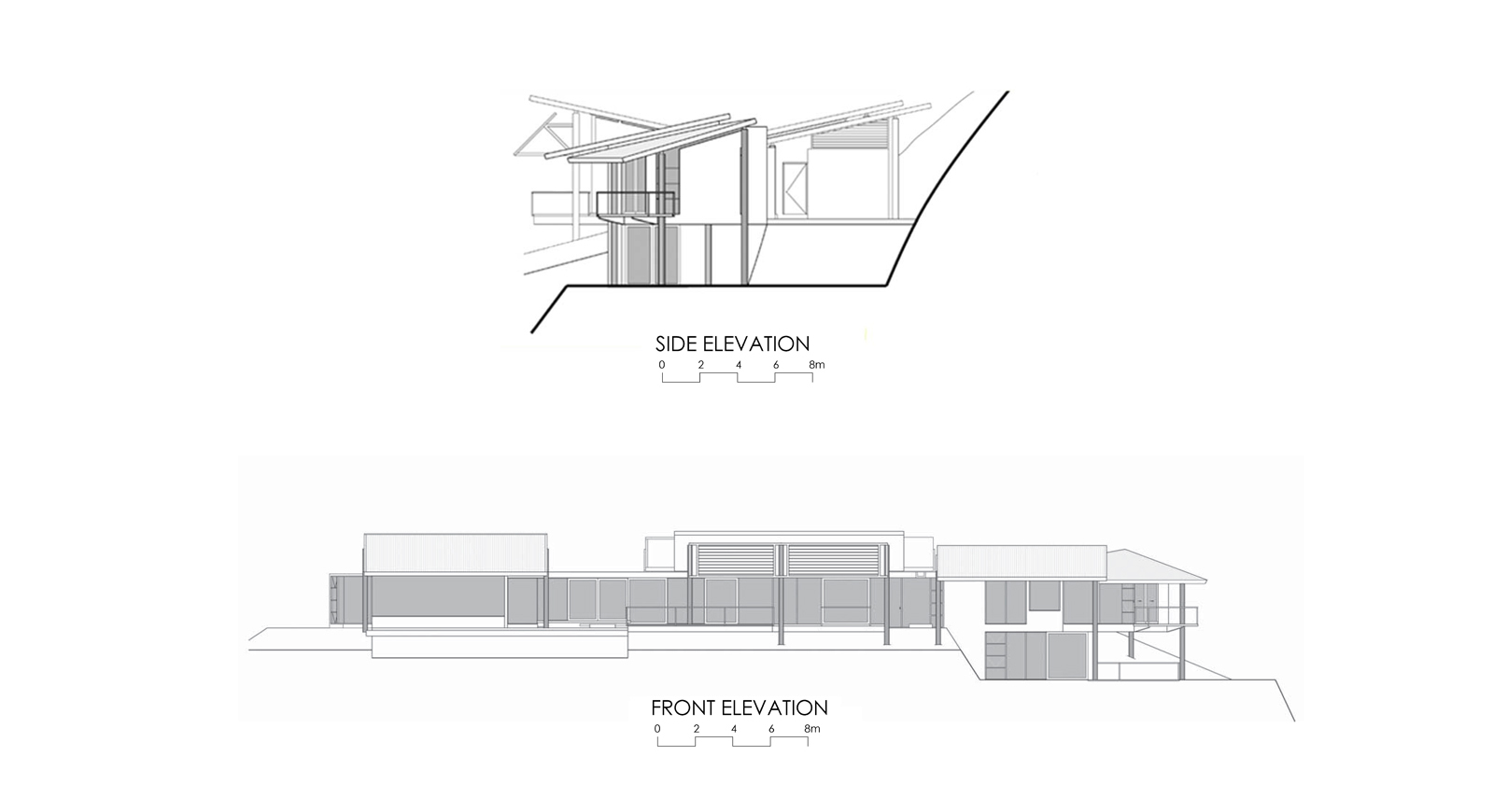 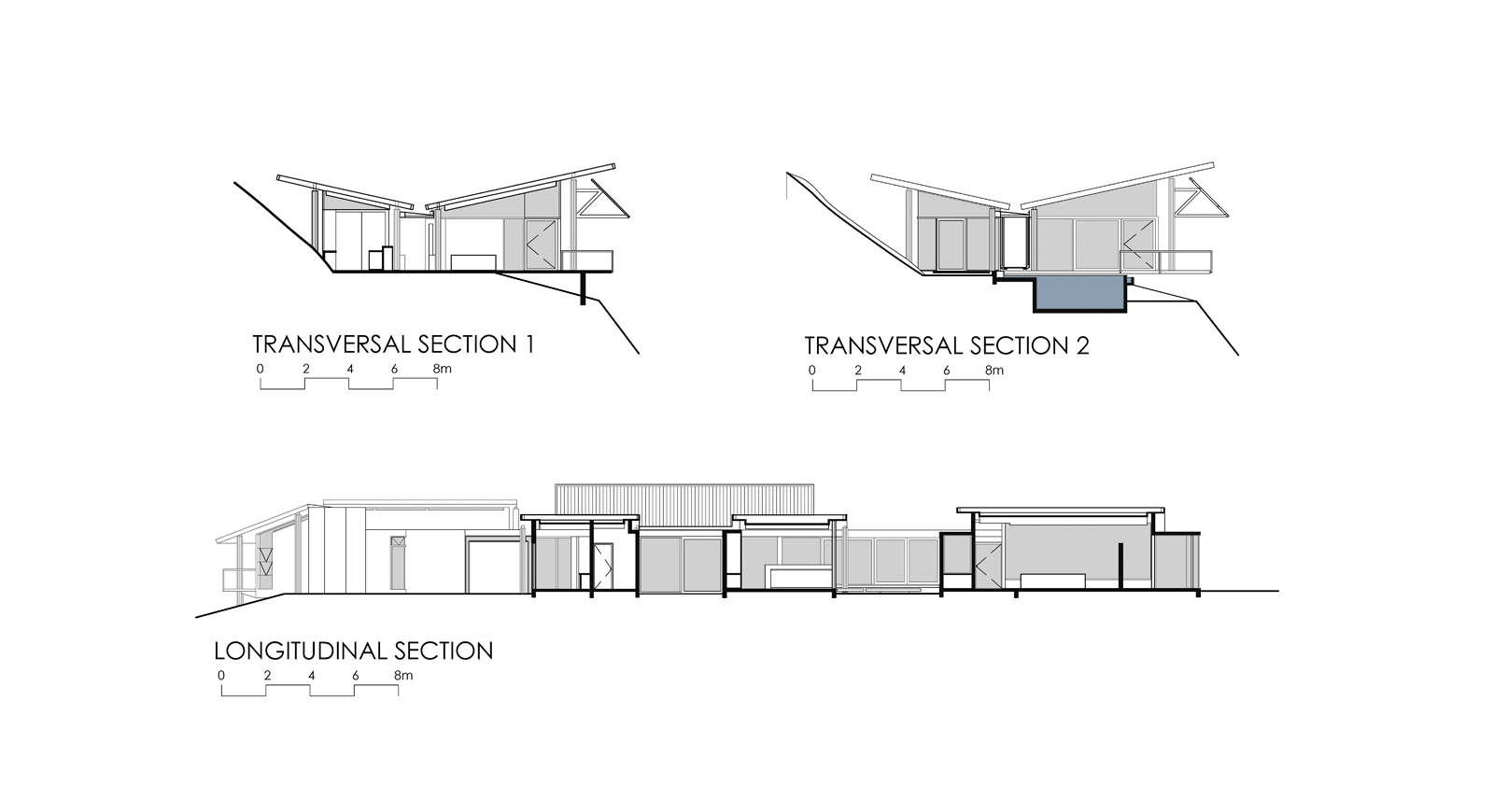 Casa Holmes is located on a privileged site overlooking the Playas del Coco Bay. Its location and topography allow views to the fisherman’s bay and to a forest reserve that makes an impressive green curtain. On the rear of the house, a huge rock mass gives supports to the lot and gives it an additional appeal.

These characteristics motivated the design of a house that would both open to and integrate the landscape and the rock mass. To achieve this, we suggested a structure of concrete cylindrical columns to support a floating-like roof and that would allow the use of lightweight walls, the majority of which are made of glass.

Once this structural approach was established, the design process took off with the concept of a house in which the interior and exterior merged, and the barriers that traditionally separate the two were erased. The use of large windows and sliding glass doors, gardens that penetrate the house and floors and ceilings that continue with the same texture from the inside to the exterior of the house all helped to achieve this effect. The rock mass was integrated into the design and in some places it penetrates the house. The concrete structure (some of the columns were laid down directly over the rock) and the shape of the roofs both serve to “hug” and incorporate the rock mass into the house.

In sum, the structural design of Casa Holmes creates a permanent flow between the interior and the exterior and achieves an integration of a house with its surroundings.

FIRST PLACE Premio Maranta for the consideration of the Landscape.